Kodi is uniquely multiplatform. It started out as an application for modified Xbox consoles and has since gained backends for Windows, OS X, X11 on Linux, Android, iOS and the Raspberry Pi.

Linux will eventually move away from X11. The main contends for many distributions is Wayland and compositors that use the Wayland protocol. This project was about writing a backend for a beloved media centre application so that it would remain future proof when the change came. 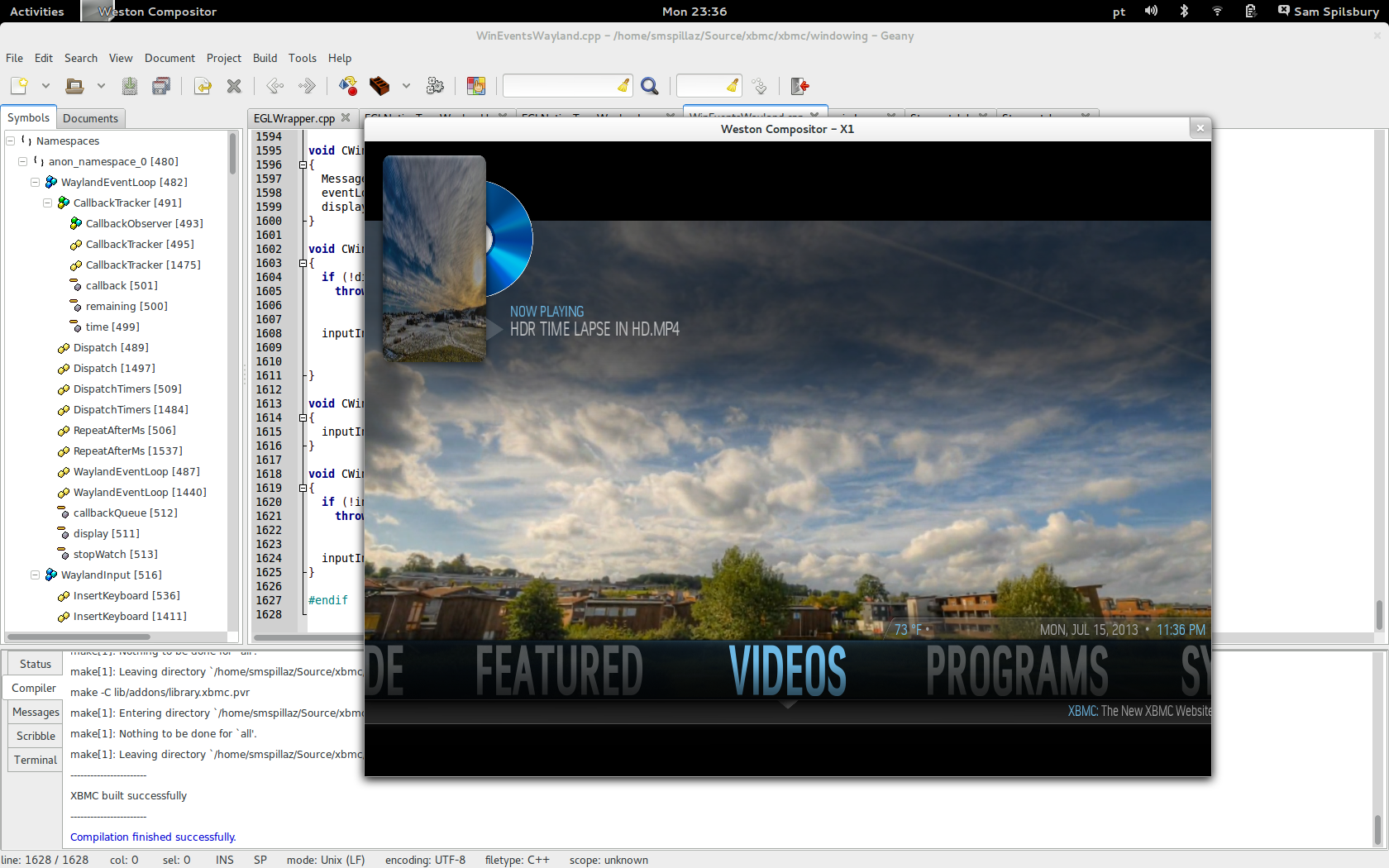 In 2013 I was sponsored by Google as part of the Summer of Code program to work on this project. The objective was to get the backend up and running in both windowed and fullscreen mode, hook up all the keyboard and mouse input and make sure that everything was well tested.

One of my objectives when writing this backend was to ensure that all the data flowed in one direction, despite different concurrency models that existed between different wayland protocol versions. This would make debugging the code much easier in the future since it would be clear where input data came from and how it was processed throughout the application. 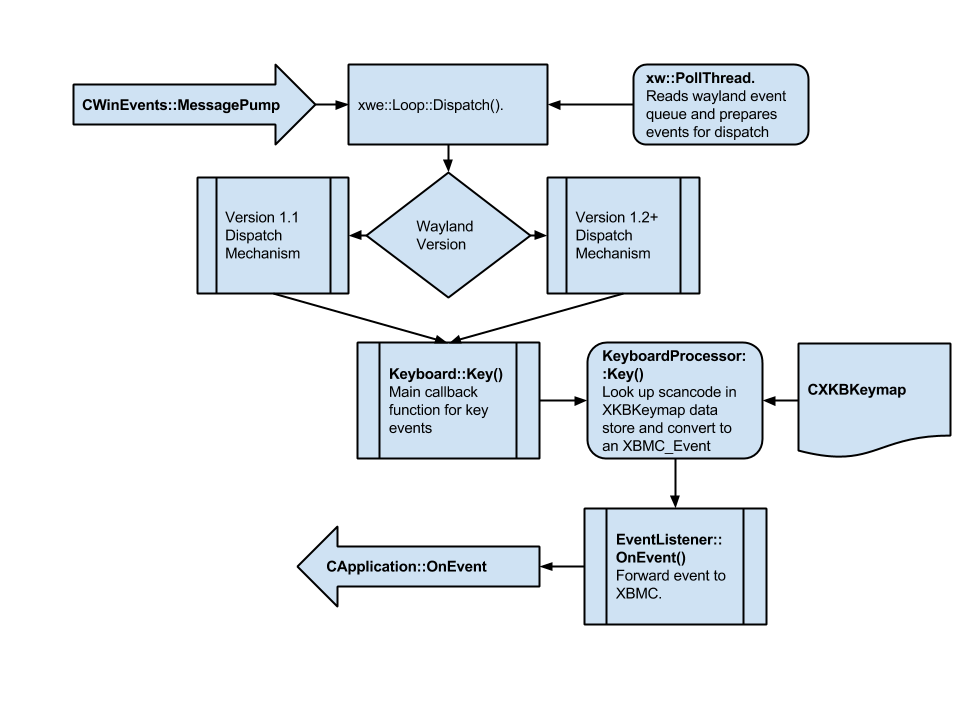 Another objective was to ensure that quality and compatibility with the most popular Wayland compostior, Weston, could be maintained when the project was completed. To this end, a comprehensive testsuite was added, which not only unit tests some of the more complex keyboard handling logic, but also starts up headless instances of Weston with a custom plugin to ensure that Kodi responds correctly to state changes.